I am often asked by my clients what are the differences between the elements of Western Astrology they are familiar with, and those of Vedic Astrology. 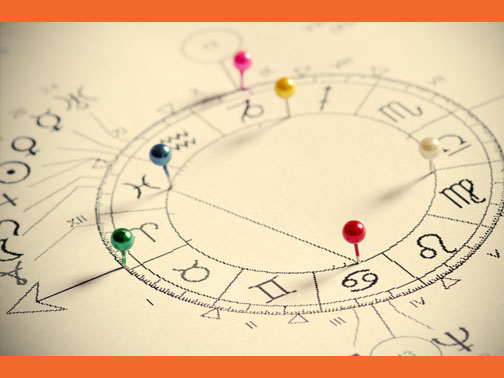 Besides differences in the zodiacs, there are much deeper differences between the two forms of astrology.

Vedic Astrology is 5,000 years old and it has been practiced continuously until today.It has a sacred origin, having been revealed to the enlightened beings of old by the divine. It was passed down from teacher to student through lineages, constantly evolving and improving. As a result it has a multitude of systems and methods proven over millennia to work.

It is used on a daily basis in India and not just for interpreting natal charts. It is also widely used to make daily decisions (Prashna) or to determine an auspicious time for a ritual or the start a major undertaking (Muhurta). It is highly accurate in its predictions since its original goal was to make accurate predictions to help people navigate the tumultuous river of life more gracefully.

Jyotish is rooted in the spiritual knowledge and philosophy of India – the same philosophy that gave us Yoga, Ayurveda (Indian Traditional Medicine), Vastu. It is based on a deep understanding of karma and tendencies we carry from one lifetime to another (vasanas). The Vedic Chart is a chart of our karmas and vasanas to be experienced and expressed in this lifetime.

Vedic Astrology is NOT fatalistic. There is an element of fixed karma – some things that we have to experience no matter what, but there is also room for the expression of free will through which we can make new choices and thus create new and (hopefully) more positive karmas for the future.

Vedic Astrology is also rooted in the Hindu Mythology whose richness and power cannot be emphasised enough.